The Vergo belay device has officially launched! As we’ve shown it to dealers and users for many months, we’ve learned what many of the most common questions are, and we’ll answer some of them below. 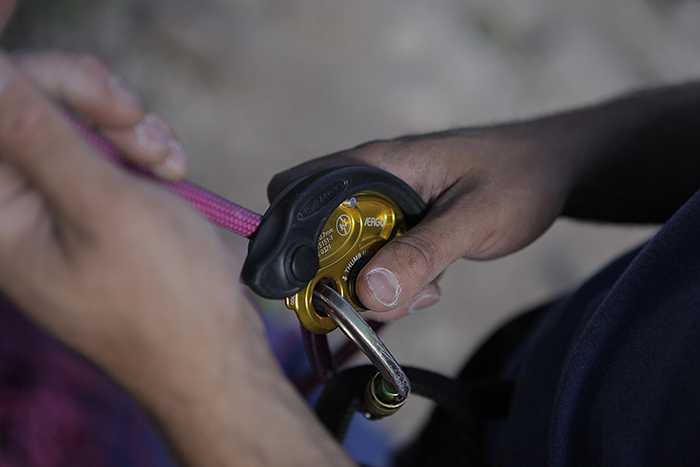 Here are some quick specs to get the basics covered:

One of the questions I hear from dealers and customers fairly commonly is “is this a Cinch 2?” The Vergo uses the mechanical principles that were used in the Cinch, and certainly shares some of its DNA. The original plan was actually to tweak the Cinch to fit modern ropes, make it lighter, etc. However, once we moved from product line planning into actual design, we decided to make more sweeping changes. We changed enough about it that we felt a little disingenuous calling it a Cinch 2, despite the appeal that name would have to the Cinch lovers out there. Some of the differences include:

I’ve also had a question or two about the longevity of the Vergo compared to the Cinch. The modified geometry and the harder Friction Pin give the Vergo a notably longer usable life.

When teaching others to use the Vergo, they sometimes ask me why we instruct them to orient it the way we do, and if it really matters. Clipping it in the way we instruct does a couple things, both of which are subtle, but still worthwhile. First, it complements the belaying method for a better feel. Again – it’s subtle, but with how much we belay, everything helps. Second it adds some safety margin for the unfortunate situations of belayers not paying attention or making other mistakes. So if you clip it in the opposite way from how we recommend, chances are it will never matter. I for one, however, like to have every bit of the odds stacked in favor of my own and my partner’s safety, and I’m betting you do, too. 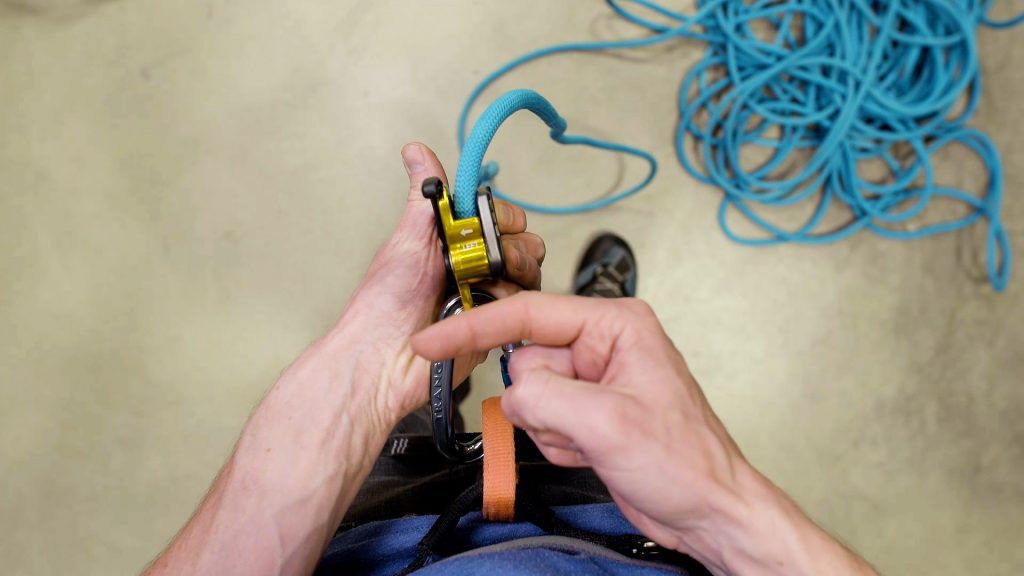 An arrow graphic on the bottom of the Vergo denotes the correct orientation of the device.

Can you belay from the anchor to bring up a second? Absolutely. One nice thing about the Vergo is that there is no spring holding it open, so you actually capture every inch of rope you pull up. With some other devices, the weight of the rope isn’t enough to actually make the device engage, and it can slide back through. 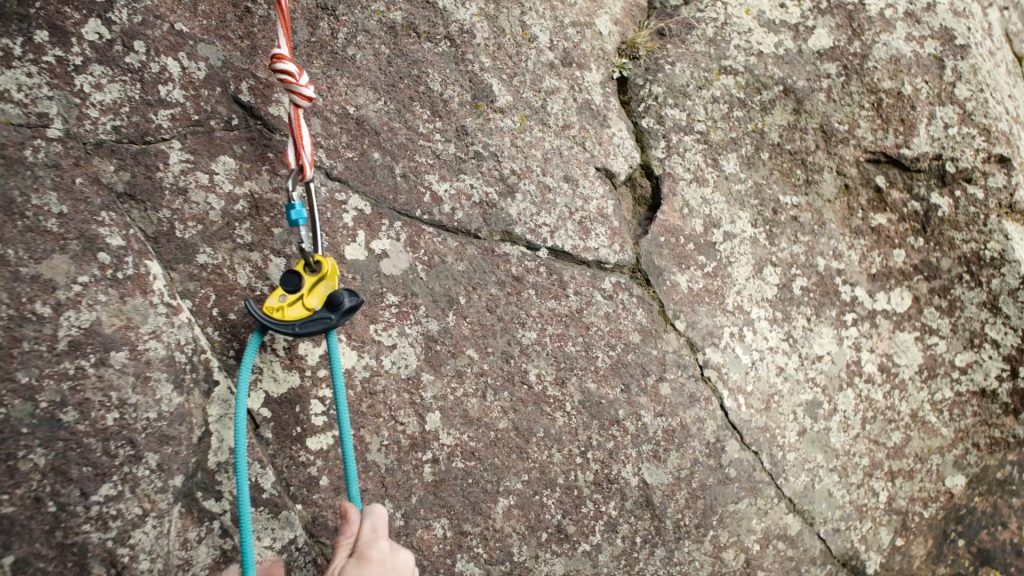 Can you use it left handed? Because we infused so much “human fit” into it, we had to choose a hand, and for obvious reasons we chose the right hand as the brake side. Our sincere apologies to the lefties. However, we have you in mind for the future, and the clear tactile indications will keep users of either hand preference in control.

What do you mean when you talk about disengaging it without overriding it? “Override” is the common term used to describe holding an assisted braking belay device in a way that actually prevents it from engaging the rope and stopping a fall. You are overriding its ability to catch the fall. If you ever need to override a device, it is a particularly risky event because a fall in that moment would not be caught. It would be like driving a car that required you to take off your seatbelt to go around a fast corner. Obviously that makes no sense because the turn is a period of higher risk. Plus, you’ll probably get tired of taking the seatbelt on and off, which leads you to just never wear it (i.e. override the safety mechanism all the time). This is where the Vergo really shines – in the event of a shortrope during fast slack feeding, the Vergo actually allows you to free the rope without preventing a fall from being caught. If the climber falls while you are doing the “palm bump,” as we call it, they will still be caught. You are disengaging the device’s grip without overriding its ability to grip again if the climber falls. 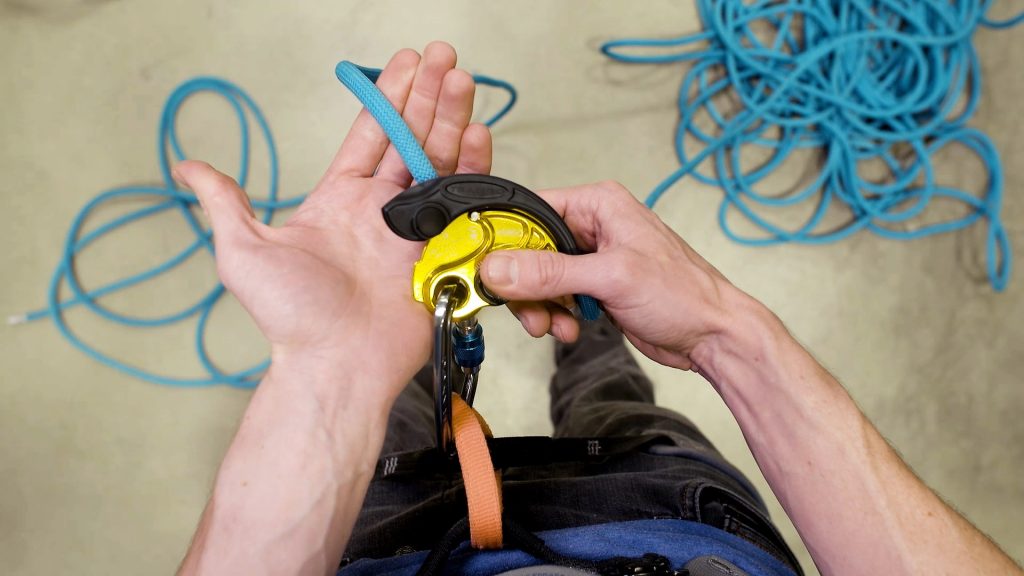 Thanks for your interest in the Vergo! As always, feel free to reach out to us with any questions, and keep an eye out for the Vergo at your favorite dealer.