If you’ve been hanging around this blog for a while, you may be aware that our family generally takes a break from climbing twice a year, during the “off season.”  I put that in quotes for the term off season because here in the Southeast, it’s actually pretty easy to climb year round, so long as you chase sun/shade effectively.  In fact, some of my best  climbing days have been on a sunny winter day, or a cool cloudy day in late summer.  But generally speaking, prime conditions for climbing on a rope tend to happen during spring and fall.  That means our off season breaks land around the holidays (which is nice because it’s always so hectic then anyway!), and during the throes of summer heat (when the only fun things to do outdoors involve water or the wee hours of the morning.) 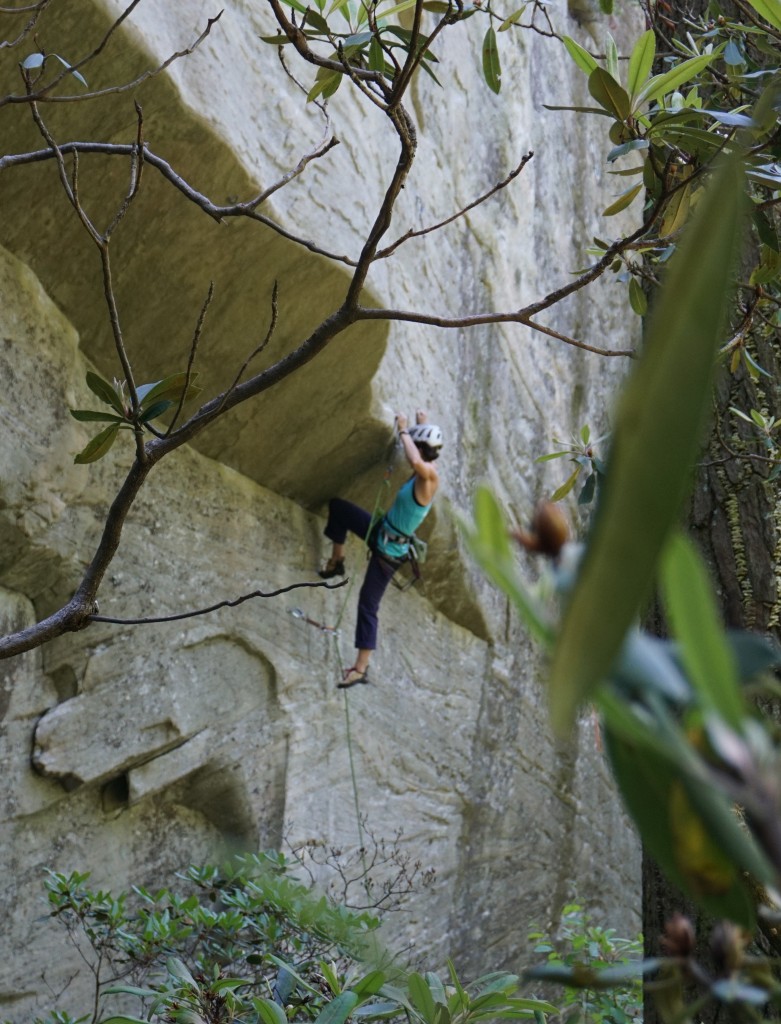 When we first started doing this, it was hard to make ourselves take a complete break from climbing.  We miss the social aspect of weekend trips and mid-week training sessions.  It’s also hard to walk away from a project left undone.  But after doing this for several years, we’ve discovered that the physical and mental benefits far outweigh any temporary strength/endurance loss that occurred over the break.  Nagging soreness in elbows/fingers/shoulders subsides as we give climbing-specific muscles a chance to repair from any repetitive damage done during project season.  We get the chance to catch up on all those around the house projects that were either neglected or left in a various state of “undoneness” for the past few weeks (ie landscaping, deep cleaning, gutters, raking, etc.)

Some seasons are easier to walk away from than others.  It’s hard to stop climbing when you are climbing strong!   But it helps to keep in mind that taking a lot of strength into the summer months is often a waste of effort and skin down here in the humid South!  I’ve learned the hard way that it’s usually easier to just wait until the cooler temps of fall rather than battle it out in the heat!

On the other hand, sometimes even after a good season I find myself feeling a little burnt out, and welcome the break.  To be honest, after a frustratingly sub-par trip to the New River Gorge over Memorial Day, my psych level was pretty low and I was ready to take my focus elsewhere.  The CragDaddy, however, had absolutely crushed it that same weekend, and still had plenty of stoke for his sending fires.

I went into what we’d assumed would be our last spring trip of the season just looking forward to having a day with the CragDaddy sans kiddos.  However, I surprised myself and almost sent Line of Fire 12c.  Since CragDaddy was also close on his project (Tips Ahoy 12d), we opted for ONE MORE daytrip last weekend…and we BOTH sent!  It was the best (and most unexpected) way for us both to wrap up a season that involved loads of fun with family, friends, and even some personal bests for us both!

Our current fave way to celebrate a send – milkshakes after the kids go to bed!!!

With all that said, it’ll probably be a few weeks until you see another trip report on here.  In just a couple of days, we’ll be heading up to New York for a combo wedding/Niagara Falls trip, then it’s off to the beach with family for a week!  After a couple of weeks completely off, we’ll probably get back into our gym routine, and may even plan a few low-key outdoor days here and there, but we probably won’t start bringing our “try hard” pants to the crag until end of August at the earliest!