A couple of weeks ago, we were excited that despite it being August, climbing conditions were not unbearable.  THIS weekend, however, we were shocked to find that conditions were down right good.  The mornings were cool, the air was crisp…I can’t believe this is happening in August, but I’m gonna call it – It’s Fall Ya’ll!!!!  Bring on Sendtember and Rocktober! 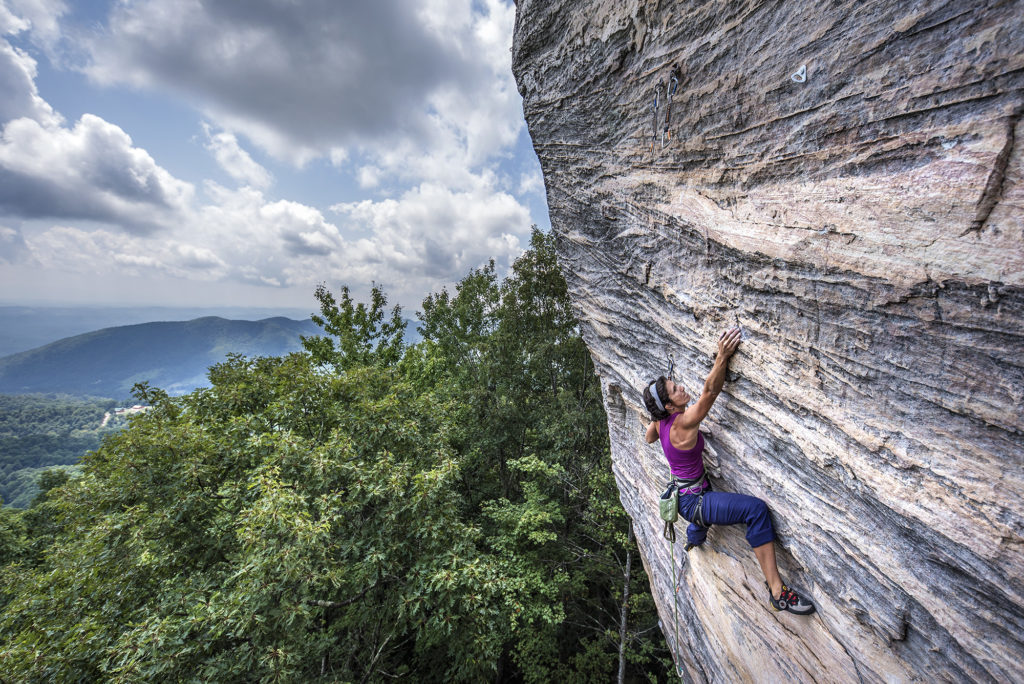 But first, this weekend.  It was awesome because we had a great crew of people and got to work with Bryan Miller of Fixed Line Media.  Bryan is a rad adventure photographer that does his best work dangling from, you guessed it, a fixed line.  He answered the call of the mountains after years at a corporate desk job, and boldly left it because life is too short to not do what you love.  We’ve been trying to set up this photo weekend for a long while, and this weekend it finally happened. 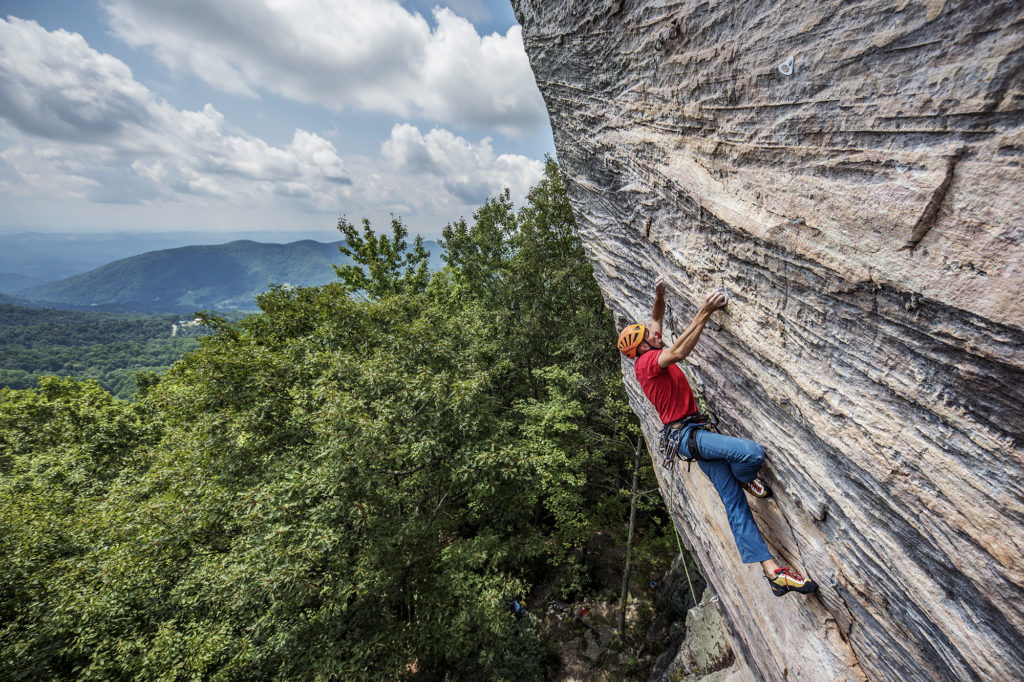 Our weekend plans got off to a funky start on Friday night, when we rolled in to Hidden Valley around 8, only to discover that the lake itself was closed (meaning no camping.)  Luckily, there is a commecial campground about 10 minutes down the road, so we were able to find a spot there.  It was crowded, expensive, and filled with giant RVs…not the way we usually roll, but it worked great in a pinch, and our spot right by the river was lovely. 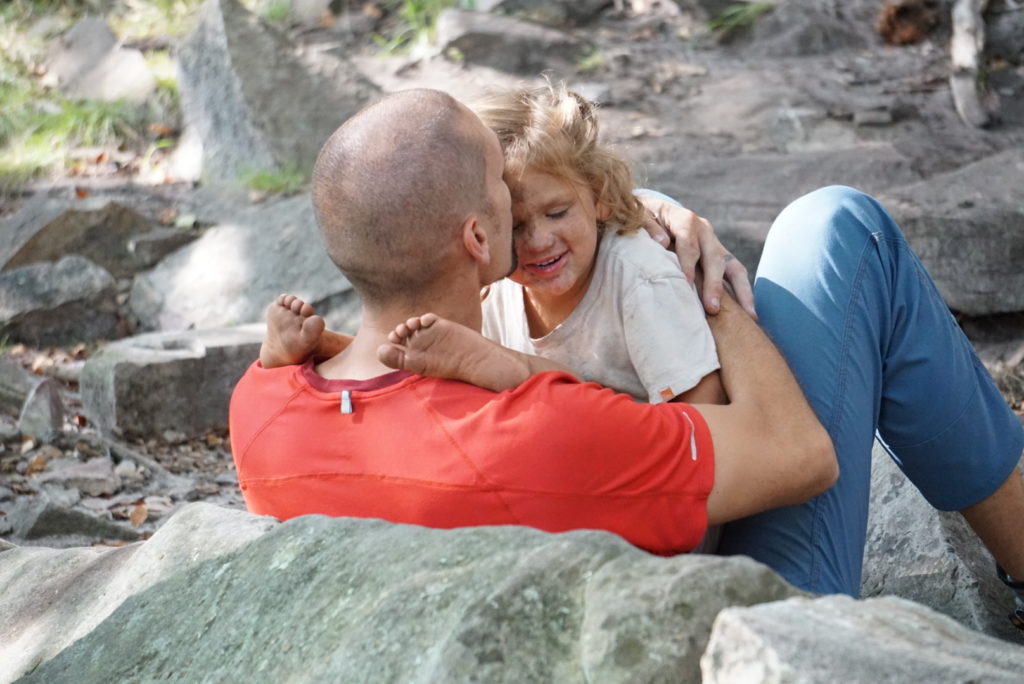 We started our weekend off by warming up on Tidy Bowl 10a and You’re Gonna Need More Charmin Mr. Whipple 11a (seriously, these names?!?)  Then we made our way over to the main event – Meatballs 12a/b.  We figured out the beta for Meatballs a few weeks ago, and after a little more training in the gym, we both felt ready to send.  Bryan was psyched at the aesthetics of the rock, so he got rigged up on a neighboring route, and away we went.  Since Steve was kind enough to hang draws for me, I was able to send on my first attempt of the day, then I took another lap to make sure we got the shot Bryan wanted.  The lighting was perfect during Steve’s first send attempt, but he was so distracted flexing for the camera that he pitched off at the anchors.

He tried it again later in the day though, and put it down in fine style. 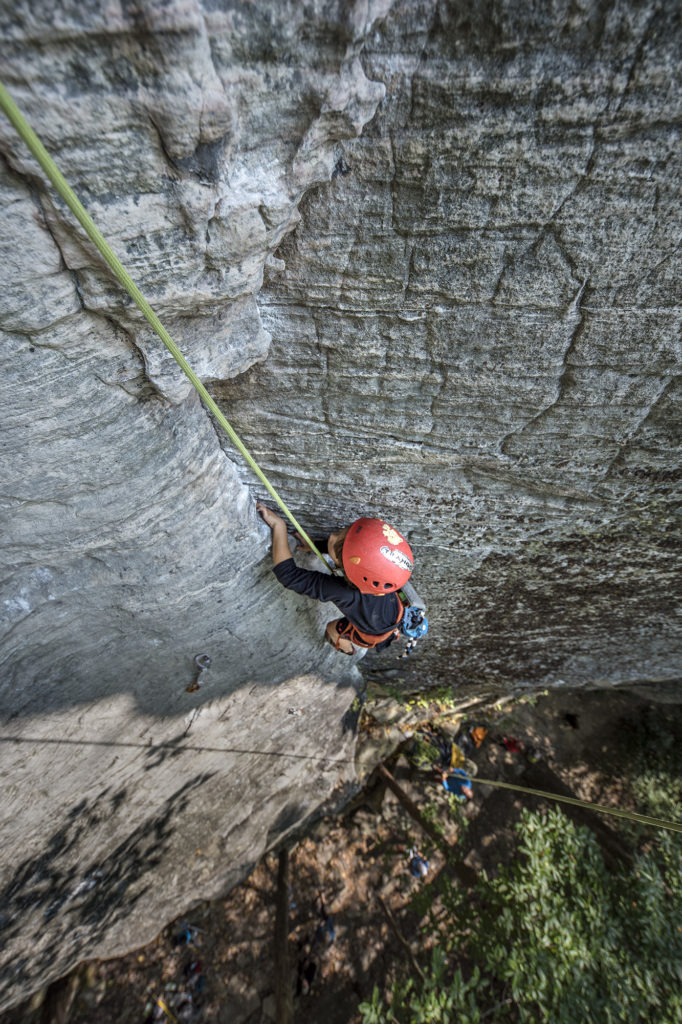 The objective for Day 2 was Blues Brothers 12a, another line we’d tried on our last trip out.  It’s a gorgeous, intimidating line that has a little bit of everything.  A burly, technical crack down low, some powerful bouldery moves on the steep headwall, culminating with a slopey mantle to the chains with some big air consequences.  It was my turn to hang draws, and if I’m honest, I was a little nervous about it.  On the last trip we’d had trouble finding the holds for the finish and resorted to stick clip shenanigans to get to the chains. This time though, the opening sequence felt far less awkward, thanks to refined beta and the addition of a cheater block that enabled me to reach the starting holds and still keep my shoulders engaged.  I was also more than delighted to find that our autumn-like conditions made the slopey holds at the top feel as gritty as sandpaper, making the final sequence a LOT more secure.  With the draws up and beta dialed, I felt pretty good about a next-go send, but there was a deadpoint move in the middle that I wasn’t sure I could hit on the fly.  It doesn’t always work out, but today it did – every sequence flowed smoothly, save a brief moment of panic where I got stalled out for a second or two trying to stand up out of the finishing crux.  But all’s well that ends well.  CragDaddy put in two solid burns, but didn’t quite have enough gas to finish it out, though I’m sure it’ll go down for him next trip. 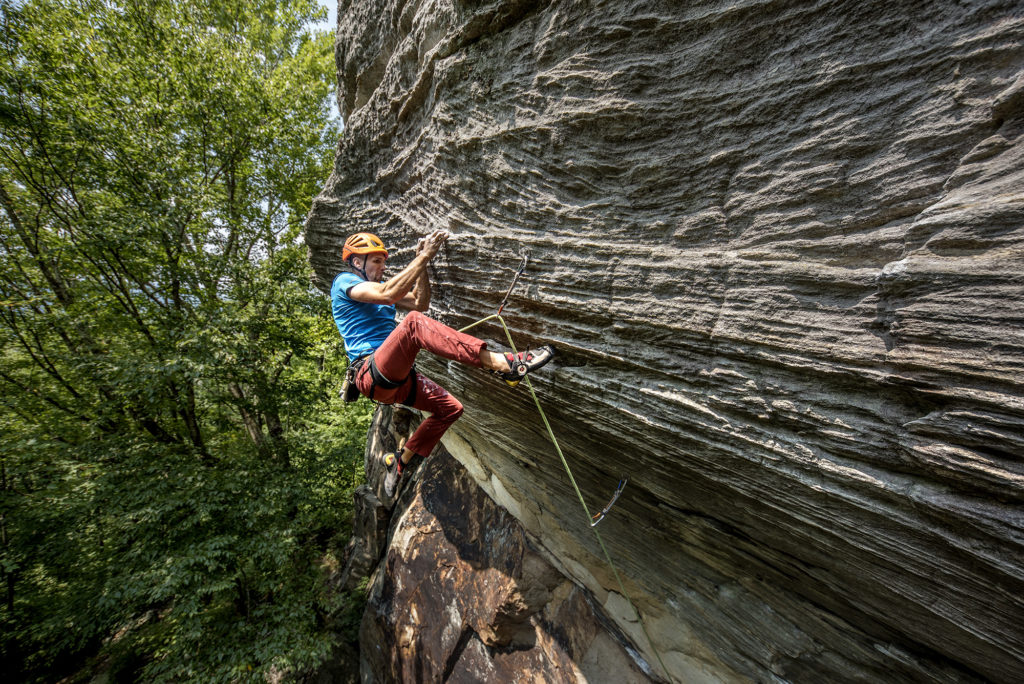 When it came down to actual pitches done over the weekend, quality definitely won out over quantity.  Seems like everyone in our (large) crew accomplished something that they wanted to on the trip.  Turns out good people, good weather, and good climbing is still the perfect trifecta for fall adventures! 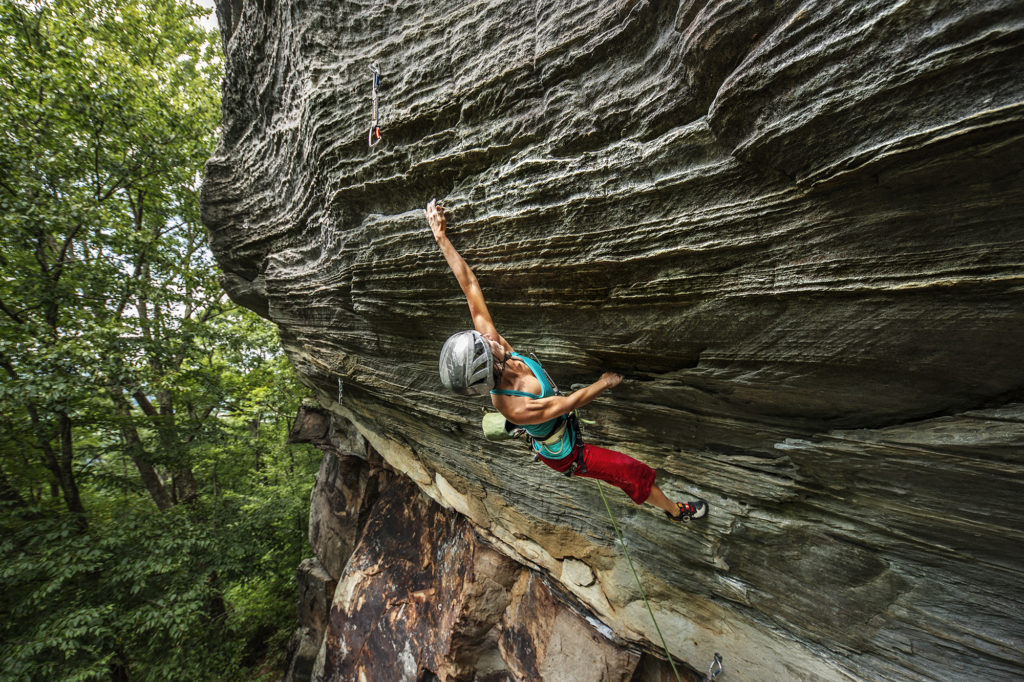 Many many thanks to Bryan Miller for hanging out with us (literally as well as figuratively) – you really captured the beauty of what Hidden Valley has to offer to the Southeastern climber.  Also props to the rest of the crew this weekend – Casey, Terah, Lee, and Sidney, thanks for the belays and all the help with the kiddos. Next week – Red River Gorge or bust!