Topcat, one of three new routes atop the Catslab in Clear Creek Canyon, CO.

Over the winter I bolted three routes on the steep visor that sits high above the “Catslab” in upper Clear Creek. This feature looks like a roof from the ground, but it’s more like a convex bulge, gradually sweeping from about 60-degrees overhanging at the base up to ~30 degrees at the top. The business overhangs right around 45-degrees. 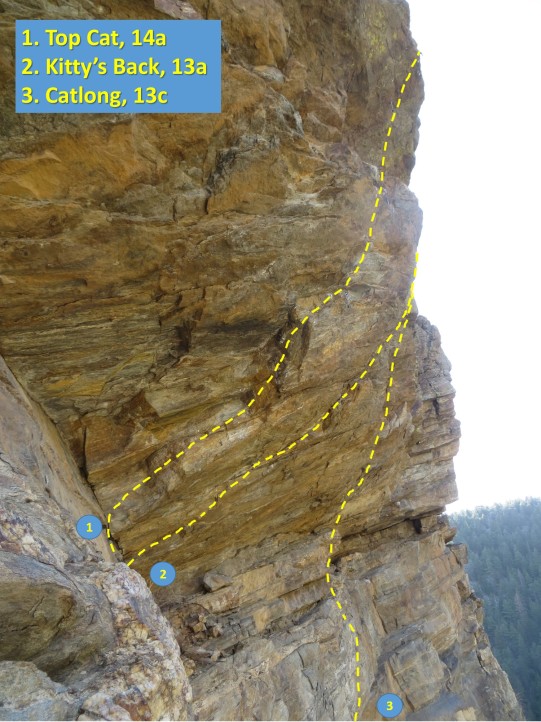 Once we returned from Europe I finally got around to trying the routes. In a nutshell, all three of them offer really fun movement in a spectacular setting on subpar rock. Like most steep routes in Clear Creek, you have to weave around some mungy ledges and cracks to reach the goods. Fortunately the rock improves steadily once on the visor, and notwithstanding the typical Clear Creek exfoliating flaky stuff, the rock is pretty good where it counts (and totally bullet on the headwall above the visor).

Each of these routes has a distinct character. The first line I climbed is the middle route, Kitty’s Back. This line is incredibly fun, pretty much a complete jug haul. The line follows a system of exfoliating flakes, with super steep off-balance/barn door-y liebacking. The flakes end with one long huck right at the top of the overhang, followed by more fun jugs up the beautiful headwall. The rock at the start is marginal, but it improves substantially and is bomber in the crux and beyond. I reckon this goes at about 13a, and would be classic if the rock were consistently good. 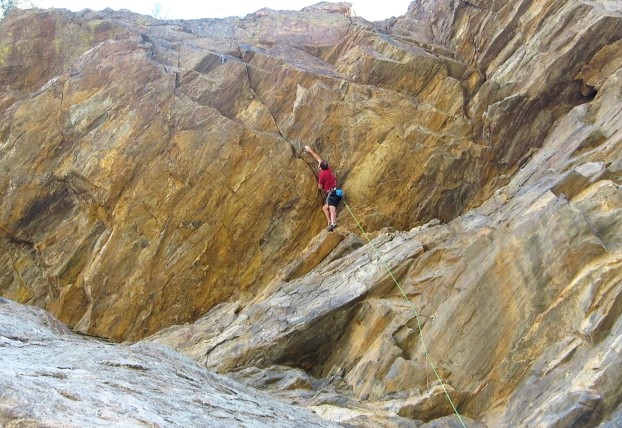 The next route I tried is the right-most line, which follows a seam through the steep wall. Catlong is pretty unusual for Clear Creek in that the crux requires some gymnastic finger locking (if that’s a thing). Although it has its fair share of exfoliating flakey stuff to either side of the seam, the handholds are all solid, generally large features. Unfortunately you have to weave through a 6-foot-tall band of dusty ledges just below the start of the overhang. There are solid hand jugs through this obstacle but your feet will be pasting on scaly, sandy stone. Above, the climbing is really cool and exotic if you like crack climbing. It begins with a long reach from a finger lock to reach a big jug rail, then the crux comes next with sequential moves and an overhead heel hook to set up another bomber finger lock. Next you get to do some hip scums, wild stemming and even a kneebar, all with a steadily building pump. The climb ends with large but well-spaced crimps on the headwall, checking in around 13c. 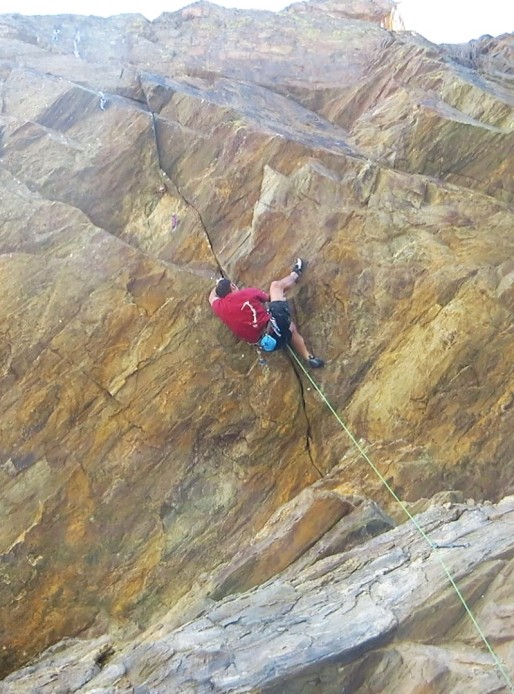 The final route, Top Cat, is the furthest left. Against all odds it turned out to be the best, with good rock throughout, and really fun, athletic climbing. It’s also the hardest, with two difficult dynos. The most powerful move is a burly stab to a half-pad crimp at the second bolt, after which heel hooks and big lock-offs between good-for-the-grade holds lead into the redpoint crux–a crossing drive-by to reach the 4th bolt. Although it’s short, it’s completely sustained from the moment you step off the slab. I think its at the low end 5.14a. 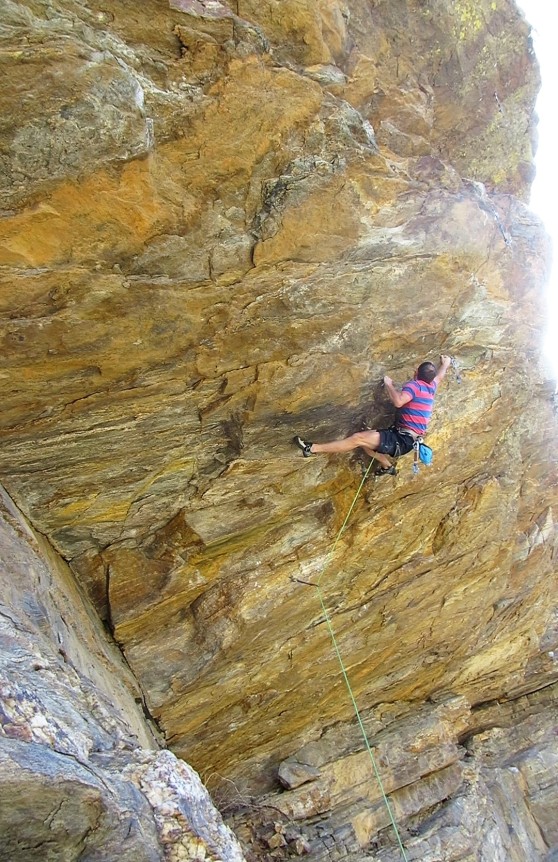 Meow if that doesn’t get you stoked for rock climbing, perhaps this will: