Last summer, I decided to project my anti-route: Lactic Acid Bath.  I’ve definitely climbed a bunch of routes at the grade, infact, I’ve even flashed a route at the grade, but for me, Lactic was hands down, the hardest route (for me) that I’ve ever done.  As the name implies, Lactic Acid Bath is a pump-a-thon, though it is by-no-means, pure enduro, but rather, 70? feet of power enduro.

My major weakness for some reason has always been underclings.  I’m not really all that tall (5’8″), but I do have just shy of a 6′ wing span, so face climbing has always been a strength of mine.  No roofs…not so much. 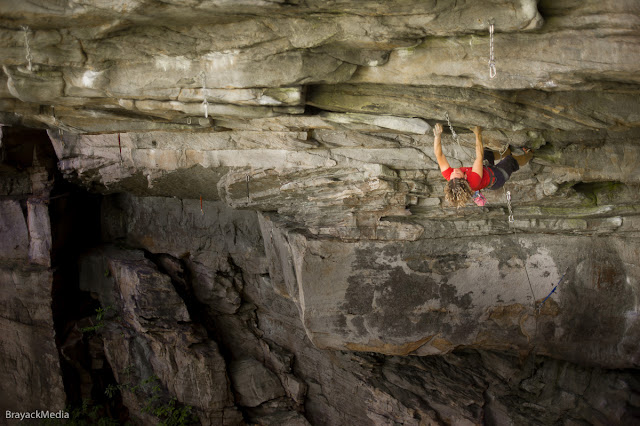 The crux of Lactic Acid Bath is a 7-move undercling section with high (jacked) feet.  Because of the bolt placement, you can’t really work the moves unless you stick clip; if you fall on any of the moves, you’re hanging and space and have to either lower or boink and since you’re gonna be pumped silly, you’re only feasible option is dirt… 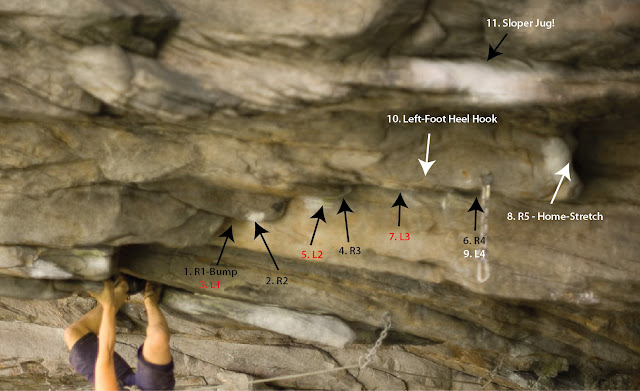 Anyways.  Last summer, my buddy Matt and I did “hole” sessions where I put 5 or 6 burns in on lactic at least once a week after work.  I essentially had to high point every under cling hold and basically did that high-point only once in each of those sessions.  My first few times, I couldn’t even to get to the undercling section, the start-in-of-itself being maybe 11+ or 12-.  I distinctly remembering sticking the first undercling and trying-but-failing to match it as a high-point on several sessions.  Through the summer I managed to progress through it, sometimes, doing the entire sequence off the hang, though only once actually making it through the underclings on point, only to fail at the second crux.

I blew my finger out this Winter as you may have read about earlier, so I did P90x which was actually quite awesome for my climbing.  Once thing that I majorly trained was “curls” as I worked especially hard at these during the p90x workouts.  It paid off too.  My first session this season on Lactic, I managed to high point through the undercling section!!! I was so excited, and nervous, that I totally fubbed the upper section (still 12- or 12 off the hang.) 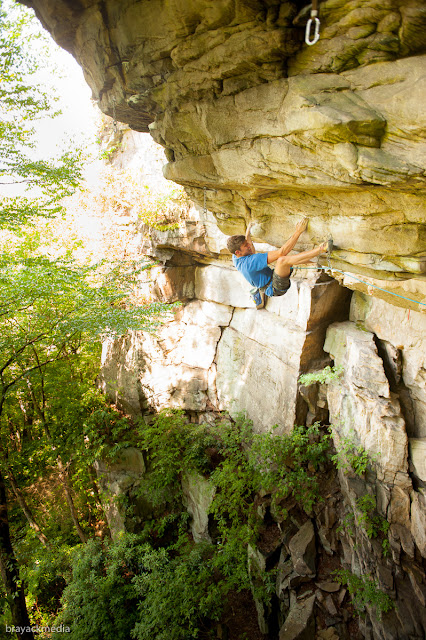 Last week, however, on an after-work session, I got through the underclings to the knee-bar rest before the last crux.  I wasn’t even pumped, which surprised me.  I figured, what the heck and just fired it!!! I was so excited.  And funny enough, I was being videoed for both my warm-up and send!!! A friend of mine is doing a video series (not specifically climbing) about photographers and we decided to that Lactic would be an easy rig.  I’ll post the video once its up, though I have a feeling it’ll be a while since video is such a pain!!

My next project is Devil Doll.  After working out Lactic (they share the 12- start), it feels laughably easy. Last Thursday, I managed to RP all the way to the anchor clipping jug, falling going for it which was my third try on it!!  If weather permits, I’m hoping to do it this Thursday!!