What a weekend.  I truly love the Red River Gorge.  Especially this time of year!  Though the first day was pretty hot darnit!  We had a “hot spell” but just used that as one of our excuses to flail at Drive-By.  I haven’t climb at Drive-By in at least a year or so, and definitely haven’t climbed there since I lost all my weight so after warming up, I was caught in the dilemma of “which .13a to try?”  The choice was between “Beer Belly”, “Spank” and “Easy Rider”.  “Beer Belly” was clearly the hardest of the three from what all my friends said, but was the most classic and that was the one I picked.

Beer Belly 5.13a starts off in the obvious awkward dihedral that is shared with “Head and Shoulders” 5.11d but busts right into one of the coolest sloper traverse sequences I’ve ever fallen off of.  The crux is pretty short – maybe 6? moves on friction dependent slopers, culminating with a long move off so-so holds to a jug!!  After the big move, there are ?2 bolts of 11+ climbing which is capped off by one more HARD – V4ish boulder problem on small holds.  I really feel like I can take the route all the way to the last bolt on RP and then FALL there! I can’t wait 🙂

Our second day, we climbed at the “Darkside” where I focused my day working “Tuskan Raider” 5.12d.  The Darkside is one of most consistently steep walls at the red…I know the red is steep, but the Darkside is STEEPER!!  The name for this wall is apt as the thing never sees direct sunlight.  Ever.

Tuskan Raider starts off with a fairly difficult V3/4 boulder problem on small but textured holds.  The boulder problem gives way to an easy ledge traverse and two bolts of fairly easy climbing – maybe mid range 5.11 to the full on crux boulder problem at the “iconic” pocket band.  The pocket band is essentially a horizontal chunk of stone about 1/3 of the way up the rock that is covered in shallow “bowling ball style” pockets for about 20 feet (where most of the cruxes are.)  Tuskan’s crux involves a several hard moves on decent to so-so pockets finishing with a big move to a huge hueco.  The climber can rest in the hole here, then its maybe 12a to the next bolt then increasingly easier with a whopping 5.9 move to the anchor!

I put about five goes into it my second day, though my last go I stuck the “crux” crimper but just didn’t have the power to do one more move to the glory jug….I couldn’t live with myself…

I dreamed about the route, going over the moves in my head and day 3 managed to convince my friend Mayas from Canada to head back to the Darkside with me.  Conditions were perfect.  It was chilly, windy and friction was perfect!!  After warming up my hands and doing some light bouldering, I stick clipped and easily took the route to the anchors!!! 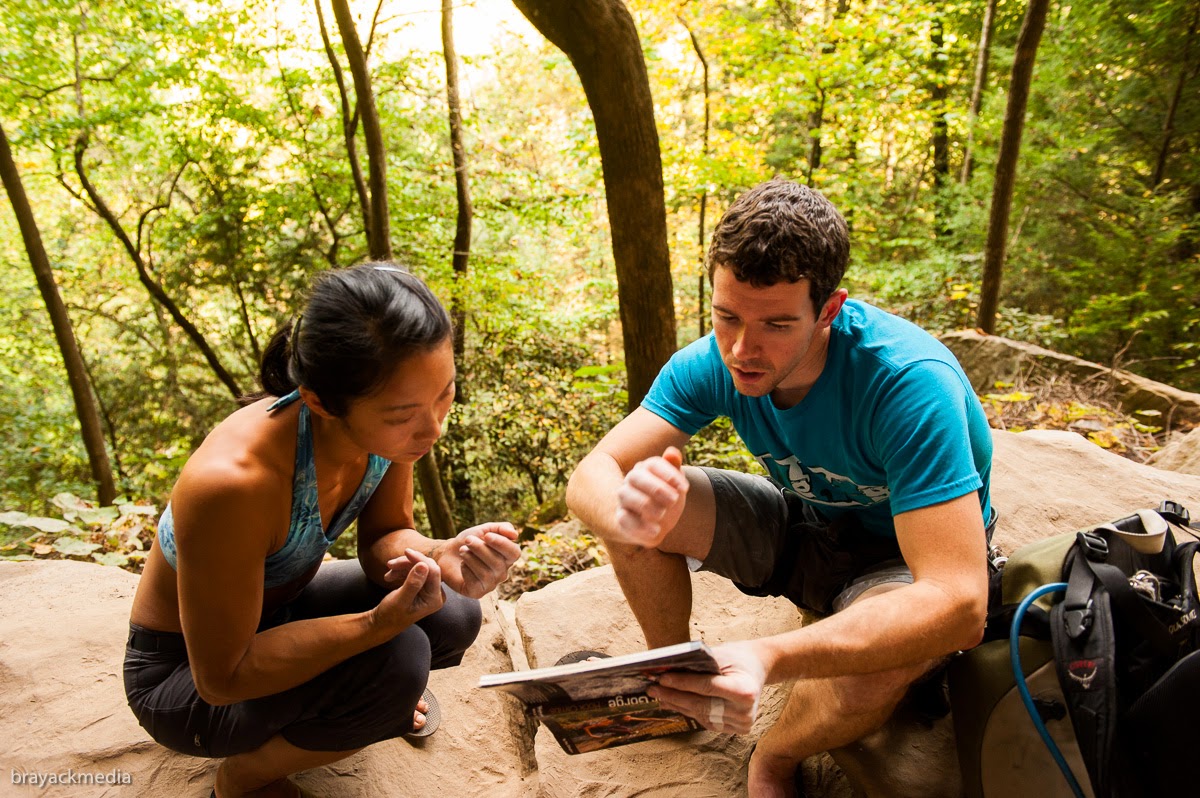