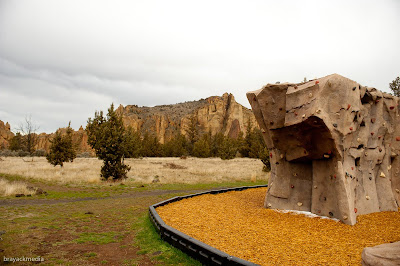 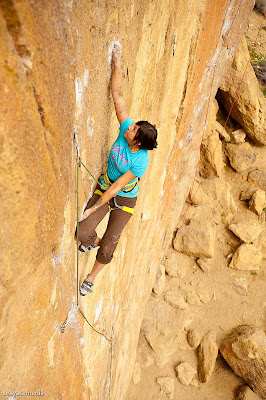 We started out by climbing some of the “easier” moderates – mostly routes on the “Morning Glory” wall. We did “9 Gallon Buckets” 5.10c, and then I tried “Cool Ranch Flavor” 5.11a twice and could not do it (though I did it both times off the hang.) I did “Light on the Path” 5.10a as well.

I did a beta burn on “Chain Reaction” 5.12c and realized that I would not be able to do that one and that was the end of our first day. 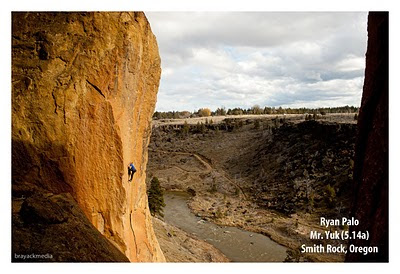 Day 2 was not a bad day. The weather was varied “again,” but it was mostly good weather, though we did have to wait for about 20 minutes for a rain storm. I did a handful of moderates, once again, on the Morning Glory Wall including: “The Outsiders” 5.9, “Five Gallon Buckets” 5.8, and “Morning Sky” 5.10c. I tried but failed miserably to onsite “Zebra Seam” 5.11d. I fell at the third bolt (first crux), but managed to do all the rest of the moves off the hang first try (I bolt-to-bolted it.) I couldn’t imagine doing that thing on gear!

And that was pretty much day 2. Today is suppose to be the nicest of the days so far – 50 and sunny. We woke up to snow on the tent and on the ground, went into Redmond for breakfast and are now chilling at “Redpoint” Climbers Supply which is totally awesome.