Yesterday, Trango and Tenaya athlete Ethan Pringle made the second ascent of ‘Jumbo Love’ (5.15b), North America’s hardest sport climb at Clark Mountain, California. Pringle has been working the route since the mid 2000’s and has spent much of the past two months on redpoint attempts. 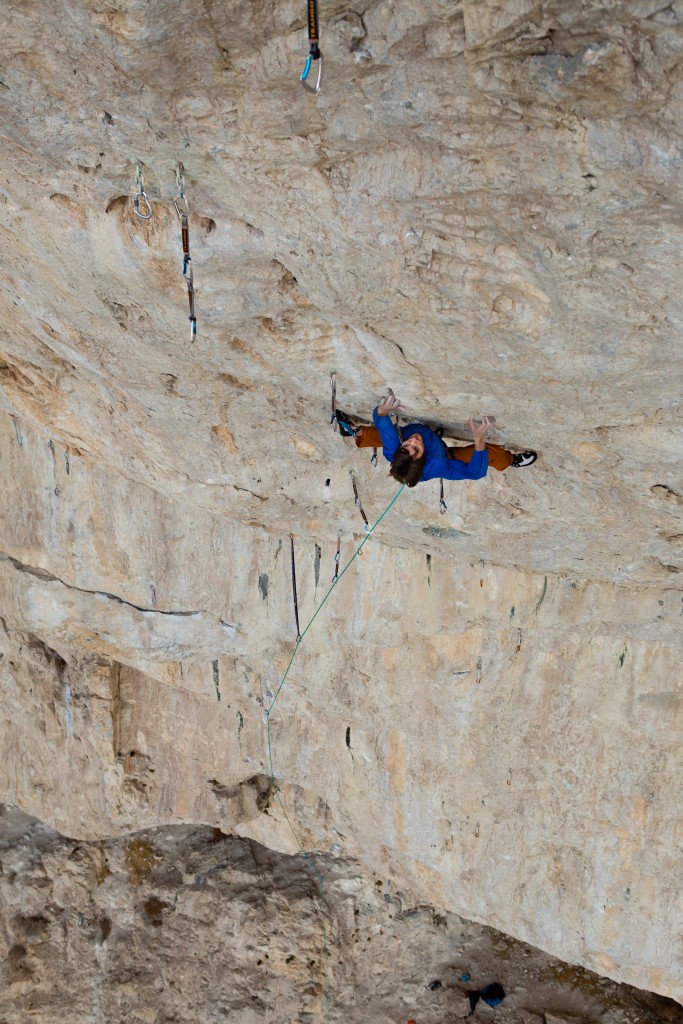 Jumbo Love was established by Chris Sharma in 2008. The aptly named route climbs from Clark’s third tier through a ~70ft 12d, the crux headwall boasting about 100ft of 40 degree overhanging bullet stone with a V11/12 crux, and then a ~70ft 13d headwall. The scale of the route is immense.

Trango Product Manager Adam Sanders had this to say about the ascent: “The scale of this accomplishment for American rock climbing is huge, and I’m so thankful that Ethan stepped up and put in the effort to make the second ascent. This climb means a lot to me. I’ve been wishing for years that someone would commit to it, and I’m sure I’m not the only one. Congrats and much gratitude to Ethan!”