Day 1:
After closing on my house, (9am – 9:50am,) I picked up Ryan and we hit the road. We drove for 25.5 hours, from Charleston WV, to Rifle, Colorado. (1540 miles) – It was pretty rough – and let me tell you – Kansas is the WORST state to drive across…the only thing worse is the first half of Colorado which is just as bad.
So one major bummer – I left my entire toiletry bag at home. Thankfully, I stashed some extra contacts and bought the rest… 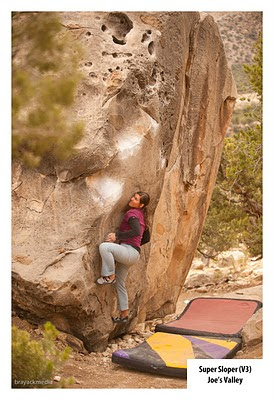 Today we climbed at Rifle. W were literally FOJJ….step out of the car and fall of “Feline” (11a). I managed to do the route second try, but I finally understand what the “Rifle” thing is…you spend so much time trying to figure out all the moves that you pump out on the crux which is the last move….well at least that’s what happened 3 goes on this 11c “GET NAME” – I was really close on it though…seriously. really close.
“All the rock in Denver is choss” – James Glover. 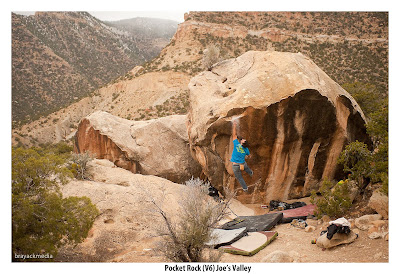 My verdict on Rifle. This place is rad and I want to come back for sure – spending maybe a week or two next summer here. The climbing and movement is quite unique; the holds, yes are polished, but the feet stick better than I thought they would…the crag to car to crag is amazingly short.
After a short lay-over-night in Rifle, Ryan and I are heading to Indian Creek.
I’m having a little bit of brake trouble…well a lot – the front left brake makes this nasty grinding sound every time I drive less than 40mph… 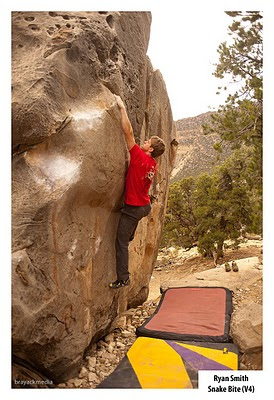 Day 2:
After Rifle, we were planning on going to the creek, but ended up just pushing it to Bishop! I’m definitely getting a little irritable at Ryan’s expense, but I’m trying really hard to think about how bad my brake grinding is getting. I need to get those brakes changed today or tomorrow – or soon. My Rotor is getting pretty grooved…
Ryan was a freaking trooper last night – he did MOST of the 10 hour drive from Joe’s Valley to Bishop…while I lay in the passenger seat in a somewhat half conscious stupor (listening to an Audio book – Ender’s Game) – I missed several big parts, so I’m pretty sure that I passed out.
Joe’s Valley was rad and definitely gets a check mark for “Come back to visit this place”
We went to “Area 51” at New Joe’s; we were taking it easy –
We did a handful of easy problems – though some of them weren’t that easy! The climbing felt similar to Red Rocks a little bit – no where near the type of Sandstone climbing we get in the East – which is MUCH grittier. It was, in-fact, closer to limestone than to the sandstone that I’m used to. 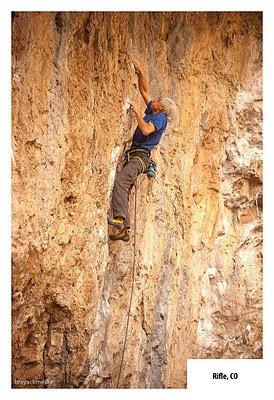 We ended up getting chased out by a nasty rain storm. I was working this V6 Dyno problem – coming CLOSE to the hold, but maybe an inch below it. It was cool for me because it was such a long move – that I really had to focus my brain into pushing and pulling as hard as I could at the exact right time…I watched a couple other guys do it; They were hitting it, but coming off…So I don’t think I was really close to sticking it…definitely a fun one though!
We ran into a group and shot some photos of them – it was great watching some peeps crushing hard problems. 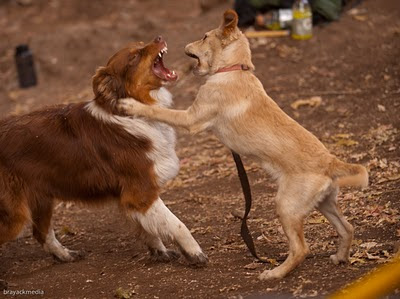 So I think we’re doing the Happy’s today – its COLD (and perfect) here in Bishop.