This weekend was back at home at the New River Gorge.  Coming fresh off my colorado trip, I was psyched to get back on new river rock.   It was a bit hot so we decided to take to the shade and shelter of Kaymoor, a predominately north facing crag.  I managed a “12c” day climbing only routes grade 12c.  I warmed up by hanging the draws on both Shang and Pettifogger at the “White Wall”, an imposing clean wall with a roof a 3/4 height. 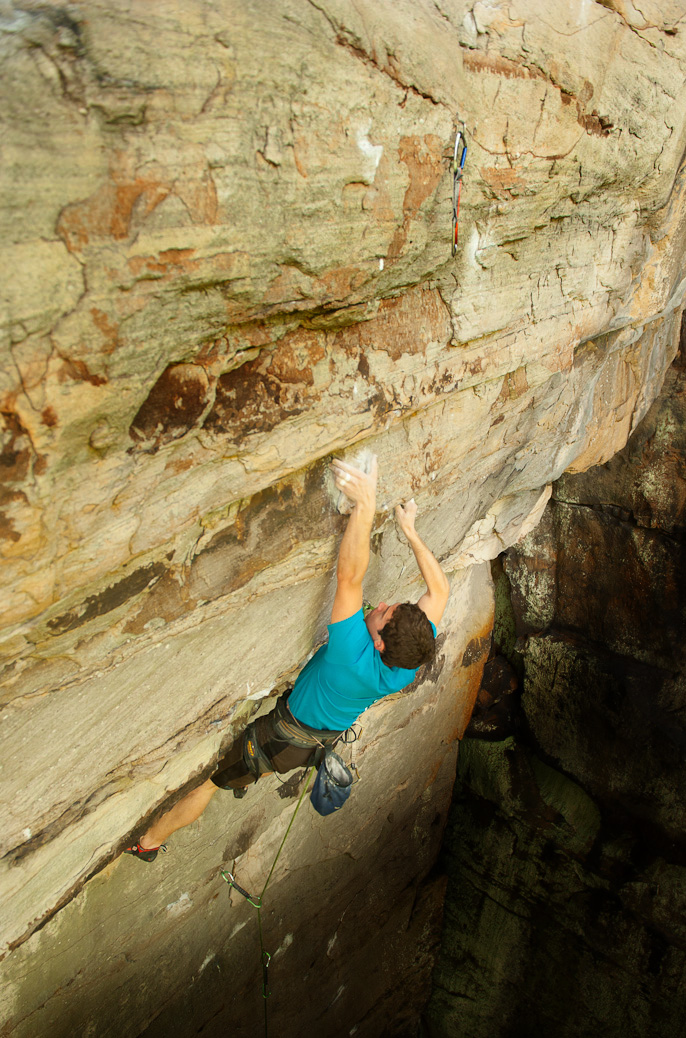 Both of these routes are quite classic.

Pettifogger as I’ve blogged about before has a fairly technical and continuous 11+ face with a height dependent long move to a letter box slot right before the roof.  For me, this move isn’t too bad, I can stick the slot mostly static.  From here, you do a couple easy moves, then you get a full recovery before the crux, which is an action packed jog through from a gravely right crimp to a pinch sidepull, culmination with a sick deadpoint to a good gaston.

Shang as described in the NRG guidebook trades an easier face climb for a harder boulder problem at the roof.  I do not entirely agree as I think the roof crux isn’t harder than that on Pettifogger, though my friend Dave Statler thought differently. 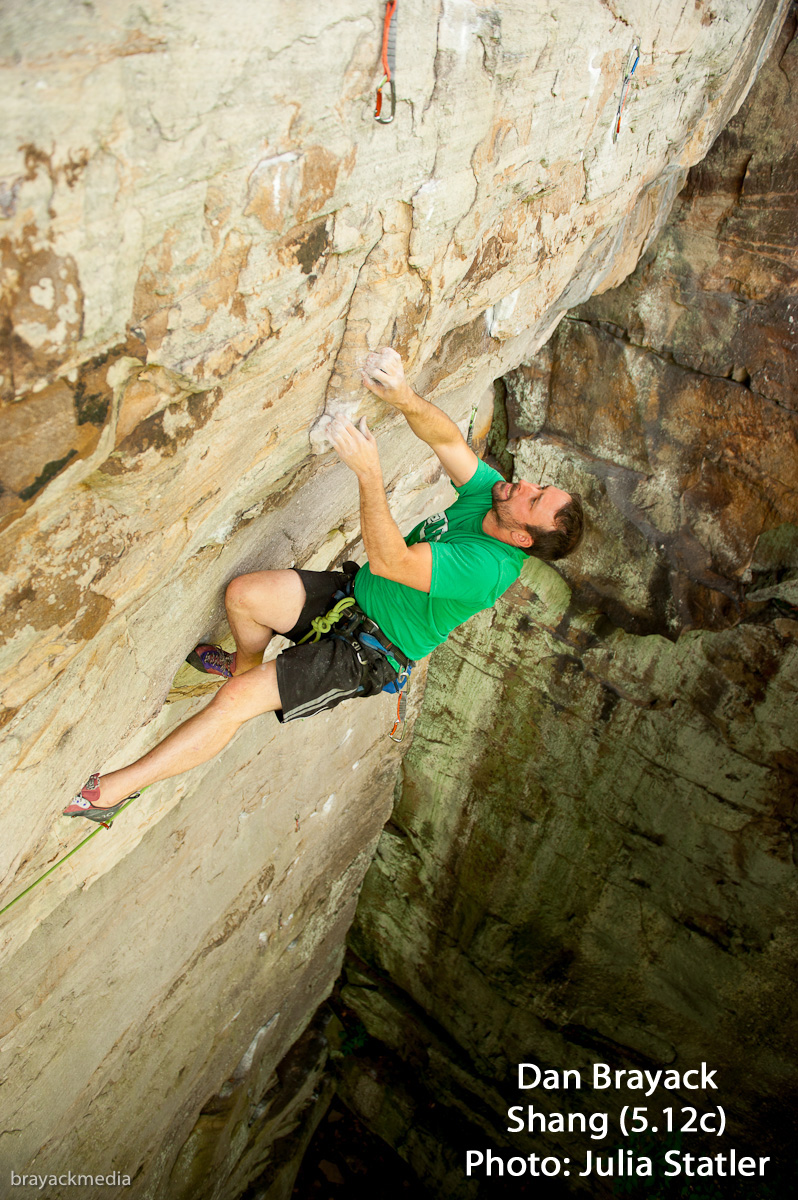 After being thoroughly warmed up, I decided to try the intimidating route “Boss Cocky.”  Talk about a freaking Cage Match.  “Cage Match” itself is a similar route at Area 51 at the meadow, but I cannot think of a better way to describe the route.  The climbing is continuous, hard, intimidating and….well….freaking hard!

Right off the ground, you are immediately hit with a techy V5 balancey dihedral stem crux.  WHAM.  From there, you get a few easy moves and then bust out this 20 foot roof (albeit the easiest climbing on the route.)  From here, you hit the second crux, which, once again, is a balancey, thuggy stem/gaston/dihedral crux.  From here, its only gritty 12a to the top, but MAN!  What a hard route.   I managed two attempts and after that, I couldn’t take anymore…I was exhausted. 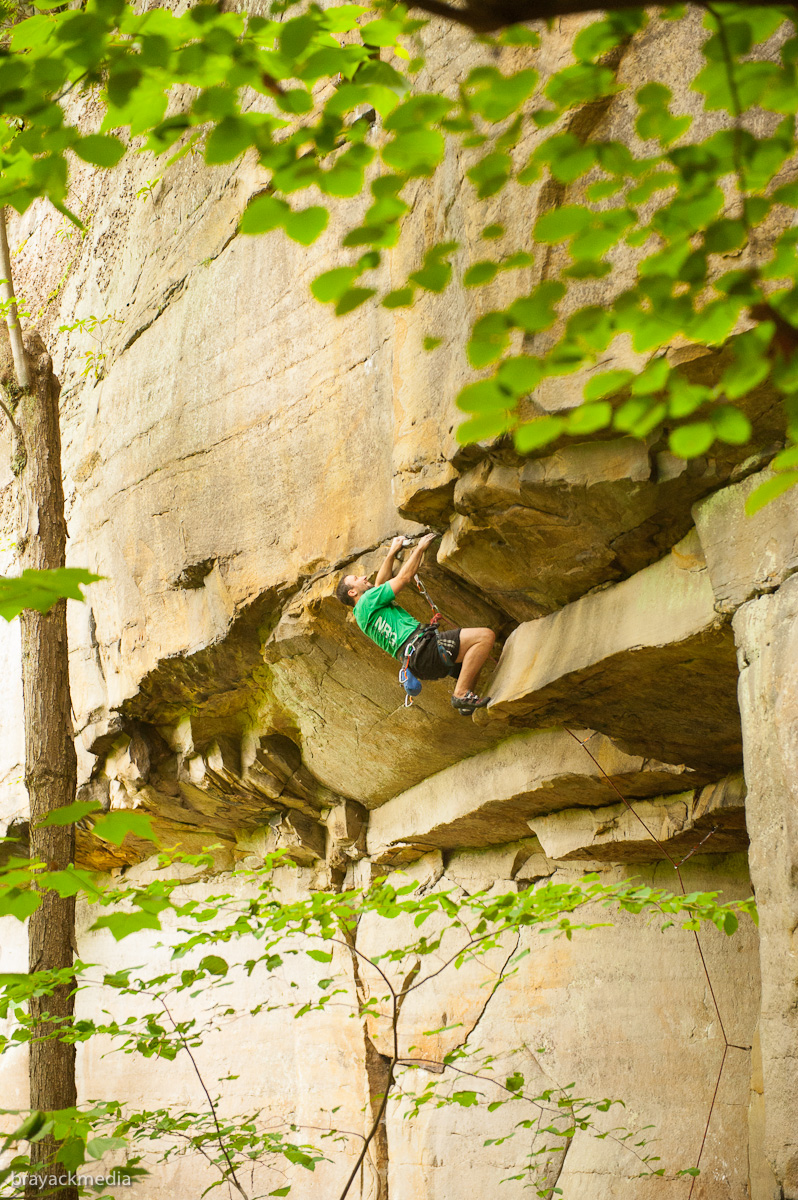 Did I mention that you’re doing all these moves on home-made angle hangers on old rusty bolts? Yup…really inspiring 🙂

On Sunday, we went to Bubba City where, after my 4th try of the day, I managed to send “Likme” 5.12a.  The problem with Likme is that the bolt placement is pretty terrible (sorry.)   You basically die if you can’t clip the third bolt and its in a really really bad place.  You basically do a really hard move and have to start in the middle of the move to clip.  The best beta is to send someone up first and hang a full 2 foot sling off it and the fourth bolt.  The actual climbing isn’t the crux, but rather clipping the bolts where they are.  Still good climbing though.  Its a shame the bolt job is so bad.