All posts by Lucas Marques 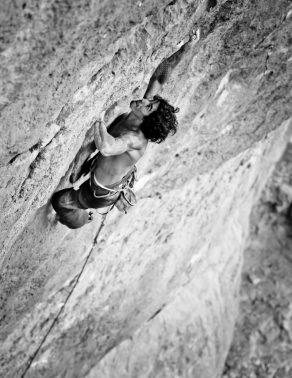 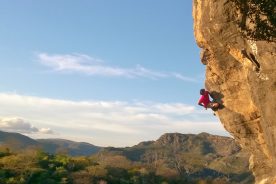 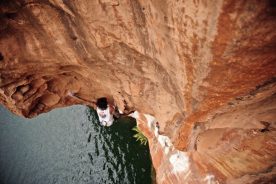 His main motivation is to always try new things, search for new challenges and meet new people and places

Lucas was born in 1981 in Uberlândia, Brazil, and has a degree in Architecture and Urban Design. For the last 15 years, he has been fully dedicated to all climbing styles. From Bouldering to Big Walls, Lucas has made his mark on some of the most classic routes. His main motivation is to always try new things, search for new challenges and meet new people and places. In 2011 he was the first to put up a free route, “Nova Era” on “Pedra do Sino” and free climb it. In the same year he won RedBull’s Psicobloc competition in Paraíso do Talhado, Alagoas. With the passage of time Lucas honed his skills leading to the award of the Golden Carabiner by “Confederação Brasileira de Montanhismo” (Brazilian Mountaineering Federation) for his sub 24 hour, pioneering free ascent of “Place of Happiness” on “Pedra Riscada”. Among all the climbing styles, the experience of Freesoloing some of Brazil’s most important lines like the imposing “Sinos de Alderbaran” in Serra do Cipo, could not go without mention. For the last two years Lucas has focused his attention on the beautiful walls at “Cachoeira do Tabuleiro” which has led to the first ascents of two hard big wall routes; 'Hidro no topo” (7c+) and “Smoke on the water” (8a+), the hardest in the state. His hardest sport redpoints are 8b+/8c+ but is now pushing his limits to send a 9a in Spain and Brazil. Between climbing projects, Lucas continues bolting, developing areas and sharing his experiences with the goal of disseminating safety and knowledge for success of others also interested in extreme climbing.