All posts by Drew Ruana 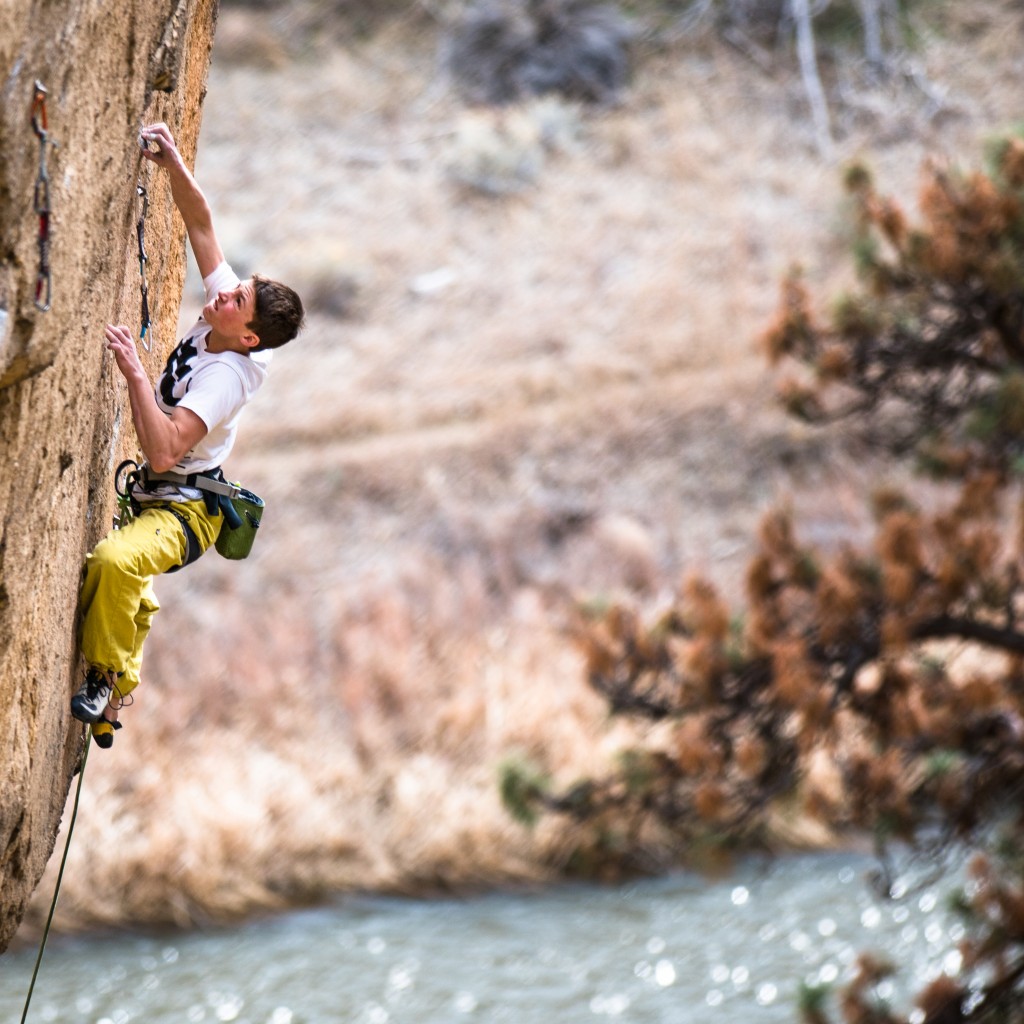 Here’s a quick route synopsis and send footage from Drew:

Team athlete Drew Ruana finished 2015 in style by sending his first V13 and V14 in the same day. That day also happened to be December 31, the last day of a year that included  many impressive ascents and accomplishments including 1st place at USA Climbing Sport Climbing Youth Nationals and an ascent of “New World Order” (14c) at Little Si, Washington. 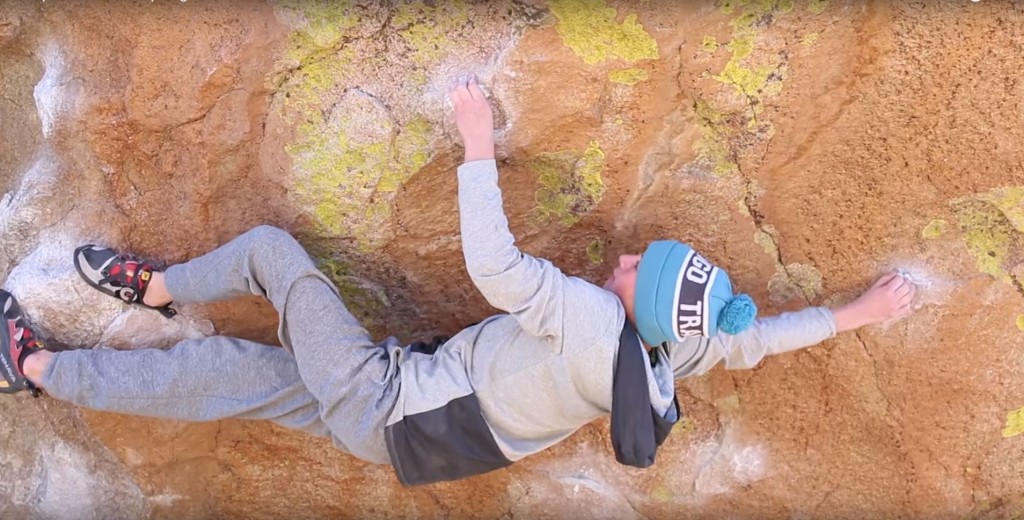 In addition to his first V13 (Direction, Buttermilks) and V14 (Direct North, Buttermilks), Drew put together a lengthy tick list of Bishop’s toughest and most classic boulders (see below). 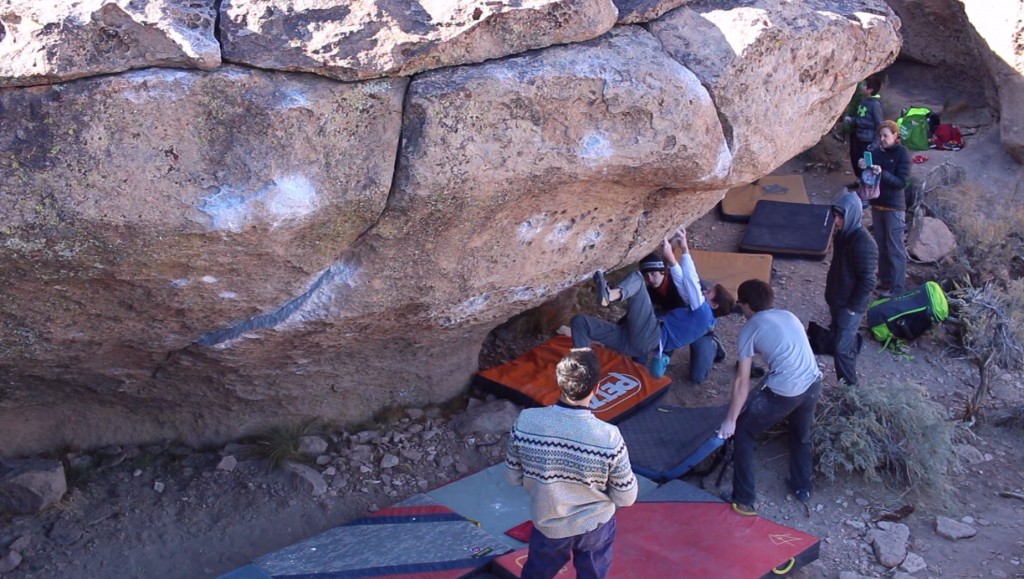 “This was by far the best bouldering trip I’ve had yet; I climbed a lot of routes that I was not capable of climbing last year, as well as finishing up old projects and getting personal bests on new routes.” – Drew Ruana 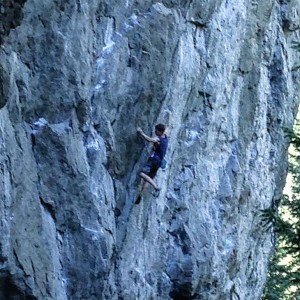 Today was just another one of those days. I woke up, went to the crag, climbed with coach Tyson Schoene and Gavin. It was sunny and nice out. It was a great day to be outside and in the mountains. ‘New world Order’ (5.14c/8c+), although a link up (of one 14b into another 14b), is one of the purist, most sustained, longest power endurance climbs at Little Si. It combines two v10s, one at the top and one at the beginning, with numerous other hard sections. Psyched to finish this one off! Onto the next project!

In November, Tenaya athlete Drew Ruana (age 15) sent the iconic Smith Rock climb, “Just Do it” (14c). The route was America’s first 5.14c and Ruana is among the youngest to make an ascent. Here’s the send footage and a quick interview with Drew. 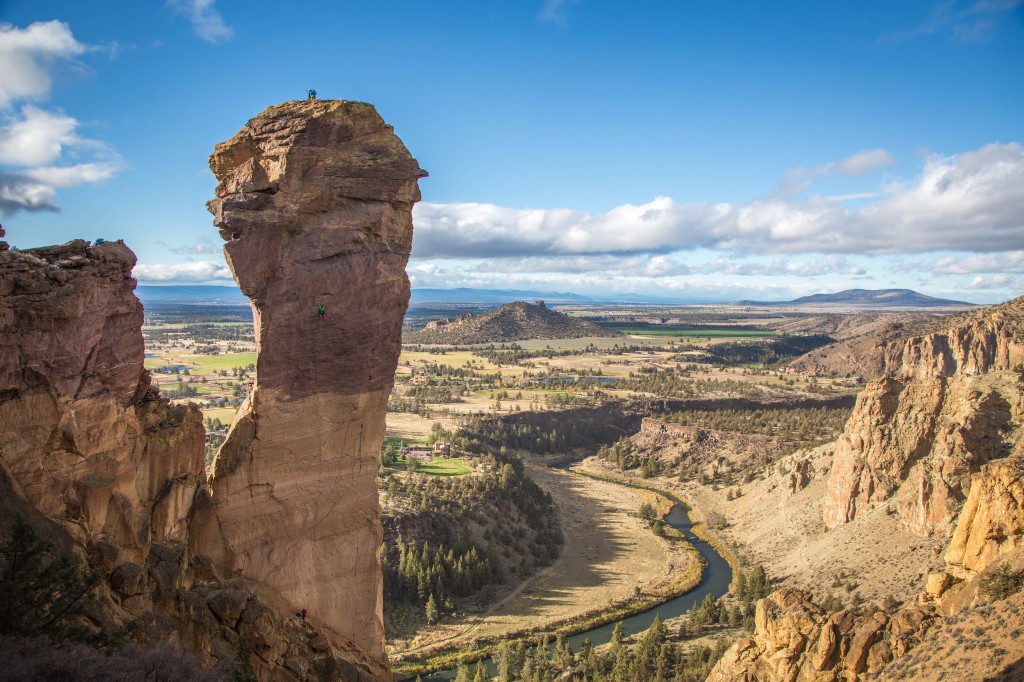 UPDATE: Since sending “Just Do It”, Drew has been on a rampage with more tough ascents in Smith Rock and Bishop as well as a strong showing at ABS Youth Nationals.

I enjoy climbing. Just climbing is fun, but when you’re with friends, or other cool people at a world class climbing area, climbing is pretty hard to beat. Also, my parents met at a climbing area, so it’s kind of a family sport for us. It’s a blend of exercise, being outdoors, adventure and excitement.

My most memorable climb is definitely Just Do It, at Smith Rock. It is basically 150 feet of crimp and pocket pulling, on a slightly overhanging wall; my favorite style of climbing. The route flows well on some of the best rock in the park. I wouldn’t change any part of it if I could! As well as that, it was also the first 5.14c in America, making it a historical route.

My favorite climbing spot is definitely Smith Rock. Everything about Smith is surreal. It’s in a high desert plateau, so there is always the smell of sagebrush and juniper trees, with sunny days and clear, starry nights. The climbing is amazing, with long, gently overhanging walls with lots of crimps and edges. As well as that, the locals there are a super group of people. They are genuinely psyched on each other’s successes and their motivation to push themselves is contagious. If I could only climb at one place for the rest of my life, I would climb at Smith.

I was born in Washington in 1999. I’ve been climbing since I was 3. My dad took me along with him when he was cragging. Although I’m mainly a sport climber, I enjoy pretty much any type of climbing. My psych for climbing is always high, whether I’m climbing a multi pitch route, competition, sport route, or boulder problem. Although climbing can be tough, difficult, and extremely frustrating at times, I try to bounce back to give it everything I’ve got. Right now, I’m in high school, trying to maintain a 4.0 in my coursework. I try to get outside when I can find the time. I can’t wait until I’m older, so I can go out and explore the world.