All posts by Daniel Brayack 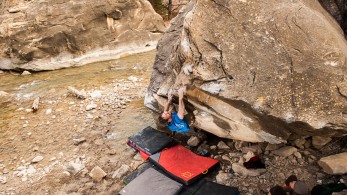 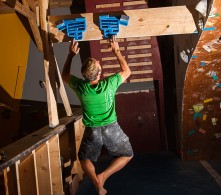 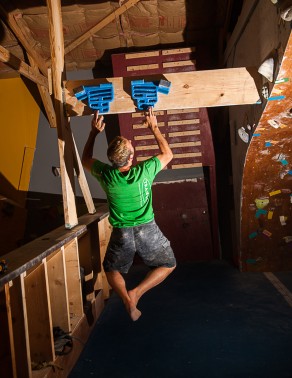 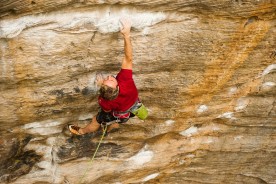 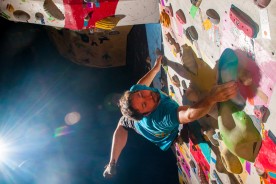 My motivation to rock climb is both travel - an excuse to see new places - and the love and passion for the gymnastic movement of climbing. Also, I've been climbing for so long, that it would be hard to consider doing anything else with my life :)

I was already through the crux, at least I thought. Until I grabbed the good hold and made a big move to what looked like another good hold. It had two tick marks on it - for the left and right and I went for the left. It was bad - 1/4 pad at best and I was out of balance, so I went with my right, hoping it was better. It wasn't. I was already 100 feet out from the belay and really wanted to do the route - I knew I would never get back to it. I was pumping out, the meter was running and the next hold was two feet away. I looked down, my feet weren't right....crap...well..crap crap crap. I looked up, saw a tick on a hold. Is it good? It better be. I dug down deep, used my momentum, and jumped for it. I caught it by the tips of two fingers and it was incut, but I was barely on it and I was extended on my feet. I dug deep and wrapped it, then did a bit of a one point pull up on it to latch it. BAM. crux done. and it was 5.10 to the anchors.It was Huecos Rancheros .12c onsite.

I am so torn between the NRG and RRG. It depends on the day the hour, the moment? I can never pick its so hard!!!!!

Dan Brayack is a climber, photographer and book publisher from Charleston WV. Dan travels to climb with the seasons, climbing at the Red River Gorge and New River Gorge during the spring and fall seasons with trips out west during the summer and winter and trips to the south east for bouldering in the winter. Dan has established over 100 routes at the New River Gorge and Meadow River. His photos have been published in 20+ books and all of the major magazines. He has published the Rocktown and Grayson Highlands guidebooks and authored the Coopers Rock Bouldering guidebook.