All posts by Alex Johnson 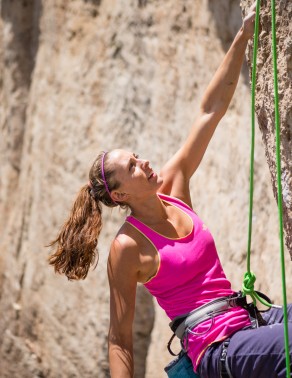 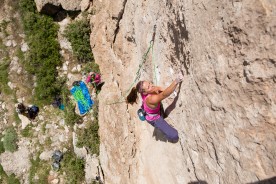 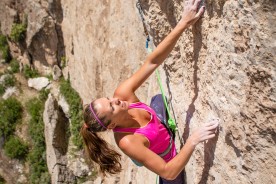 The continuity of learning. Nothing is the same. Every time I climb I learn something new, whether about myself, or about movement, body position, etc. You never get the same thing twice, even repeating climbs. It’s that monotony that bored me in other sports, and climbing has the daily variety to keep it interesting.

Probably establishing the first ascent of "The Swoop," a new boulder in Red Rock. Putting up new climbs takes vision, and a multitude of work, and now having done it, I have a heightened respect for first ascentionists. You're envisioning that something could be possible that's never been done before, and that's a crazy feeling! It took days of work to create a safe landing, clean the boulder to make it climb-able, and days more to actually do the moves. It proved to be more difficult than I anticipated... but it was so gratifying to finally pull over the top. It's humbling to have left something personal for the world to try.

My favorite place to climb! I'm so biased... My hometown, Las Vegas, of course. Red Rock has an abundance of fun year-round climbing of all disciplines on great sandstone in a stunning desert setting.

In 2008 Alex made history by becoming the first American to win a Bouldering World Cup on US soil, at the GoPro Mountain Games. In 2010 she made history again, winning gold in Switzerland, becoming only the second American woman to win a Bouldering World Cup overseas. In the last few years Alex has shifted her focus away from competitions and honed in on outdoor projects, building an impressive tick-list filled with dozens of iconic first female ascents including Hungry Hungry Hippos V12/13, and multiple other V12s like Clear Blue Skies in Colorado, The Mandala in Bishop, and Book of Nightmares in Red Rock. Alex has also spent time getting off the deck climbing highballs like her recent Red Rock first ascent Critically Acclaimed (V9/10), Diesel Power (V10) in Yosemite, Golden Showers (V10), and flashing the infamously dangerous Luminance (V10) in Bishop, California.