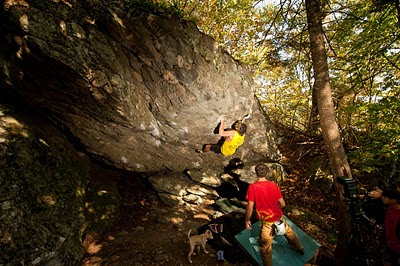 –Steve Lovelace on Lock-Smith (V3) at Grayson
Its been a while since I’ve posted – I’ve been keeping on the DL the route development which we have been doing at the Meadow – mainly because a lot of my projects got snaked at the “Feed Lot” which we developed this Spring.

This fall – I’ve slowed down – drill maybe about 20 some routes…but this post isn’t about the New.

I had a pretty rough (in a good way) weekend – lots of driving – and climbing – and hiking – HIKING – I hate hiking…truly.

Friday, I did Grayson Highlands State Park – where I met some rad locals – did a bunch of boulder problems – that place is cool – check it out!

Saturday – I climbed at the new at Summersville lake – and unfortunately, I took a really ugly lead fall and I think fractured or badly bruised my heel. 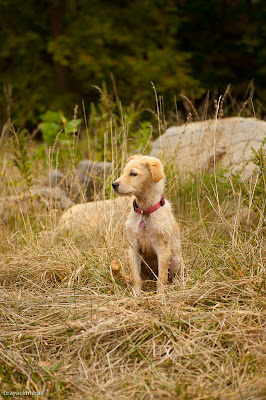 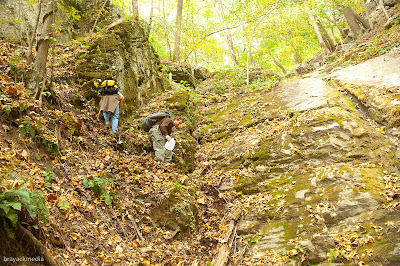 –Another heinous hill on the way in…
So we hiked around the top (the climb being quite crappy.) – well…The top of the formation was narrow and extremely loose. So we decided to rope up and traverse the skyline, placing bolts as we went. 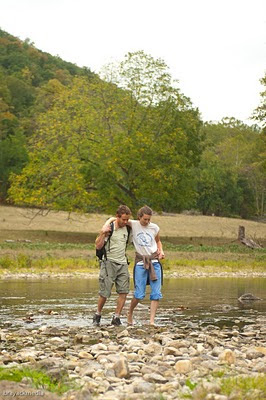 –Matt and Katherine at a stream crossing
It ended up being a major epic. Neither of us fell, but it took quite a while – and we ended up wasting 10 bolts (and the battery to drill them) in 3 150? foot traverse pitches. At one point, I realized that if I fell, I was a dead man…or at least would have hoped to be – no good rock to anchor…just as I grabbed a block the size of a refrigerator – and it teetered. I managed to keep my balance and push the block off the otherway – it was really really scary though…. 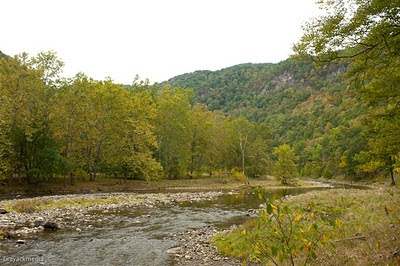